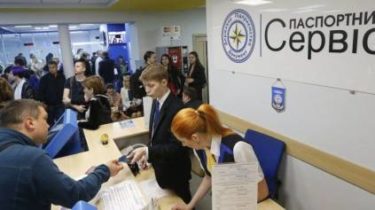 In the capital, opened the largest in the country, the passport service centre for registration of biometric international documents and ID cards. In the migration service are confident that this will reduce the degree of excitement and make life easier for Ukrainians, says the story TSN.19:30.

At the capital’s Victory square don’t come in to take a turn in the morning – here is the email and it saves time of customers. 72-year-old Galina, who is going with a friend to France, applied for a half hour. “Quickly, quickly, suddenly,” smiles the woman.

For two weeks the service was working in test mode, during this time perfected all the technical processes. Now have 1400 square meters of open space, 28 stalls for citizens, 9 Windows for renditions, and a children’s area and a snack bar. In the center of the claim that is ready to take fifteen hundred people per day, and will also help to solve the questions of those to whom passports should be issued urgently. This requires only copies of documents confirming the necessity of immediate departure – the plane tickets, the invitation to the treatment, and the like.

But the timely issuance of passports centre can not be guaranteed, because the forms prints the polygraph combine “Ukraina”, which have not yet acquired additional equipment. However, the service is already used by singer Irina Bilyk, Marichka Burmaka and a famous former football player Vladislav Vashchuk. All of them were satisfied. Per month service centres are planning to increase more in Lviv and Odessa, and a new wave of hype surrounding biometric passports expect closer to new year holidays.