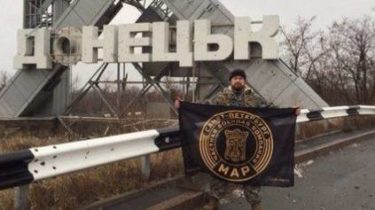 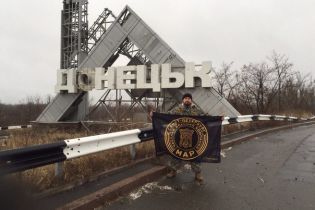 On the territory of Ukraine there were a number of Russian private military companies in the Donbas and in the Crimea, which could operate under the control of the Kremlin. This is stated in the investigation Infornapalm.

One of the most famous of such groups – “PMC Wagner” – is headed by the Colonel of the Pskov brigade of special troops GRU of the defense Ministry of Russia Dmitry Utkin, who shone during a reception in the Kremlin. According to various journalistic investigations, mercenaries “Wagner”, who took this pseudonym allegedly due to sympathy for the ideology of the Third Reich (Richard Wagner, favorite composer of Adolf Hitler – Ed.) participated in the occupation of the Crimea. So, the activist investigative group Conflict Intelligence Team Ruslan Leviev claims that the minions Utkin was on the Peninsula next to the elite units of the Russian troops. 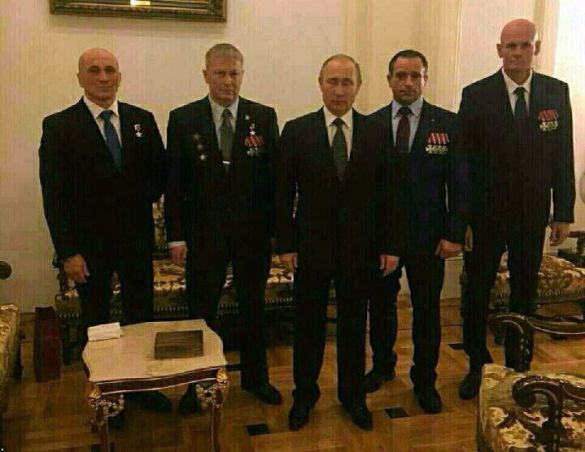 “There seems to be attended by different people from different organizations, including, according to my data, and people from the group “Wagner.” Those people who are on all the posters – “people friendly” cats and dogs, of course, it’s not really them,” he said.

Light “vagnerovsky” during the fighting in the Donbass. At the end of 2016, wrote The Wall Street Journal and Russian site “Fontanka”. According to Russian media, the detachment of Wagner could be involved in the killing of several so-called field commanders “LC”.

Their training camp probably located in the village of Molkino in Krasnodar region, at the site of the 10 th special purpose brigade of the Main intelligence Directorate of the General staff of the Russian Federation.

In addition to the “Wagner” in the Donbas had other groups of private military mercenaries – “E. N. O. T. Corp”. On the website of this “organization,” States that she allegedly engaged in military-Patriotic work and gathering support for “Novorossiya”. However, the materials in the media indicate the involvement of “the raccoons” to the military operations in the ATO area – the terrorists are in Anthracite, fighting on the side of the terrorists, accompanied by “humanitarian” convoys. According to presledovatelei, with the activities of this group linked the ideology of “Russian world” Alexander Boroday. In open source there are letters “E. N. O. T. Corp”, derived from “military commander LPR”. 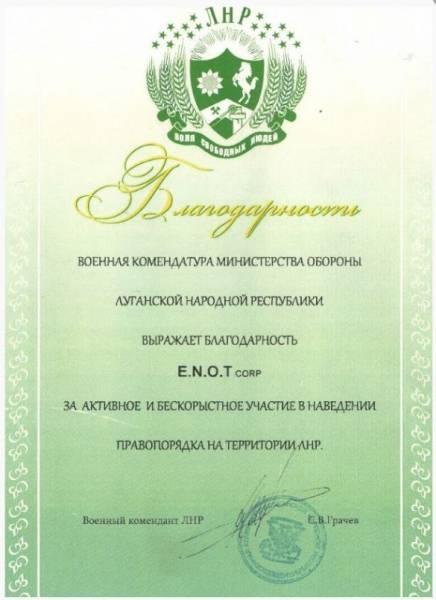 In 2015, the media wrote about a Russian PMC, which took part in the fighting in the Donbass. Then in social networks there were photos of employees of PMCs “MAR” from St. Petersburg with their flags near the entrance to the Donetsk and village Spartak, where was the front line. The “organization” have a website, which indicates that it provides services of private military activities. 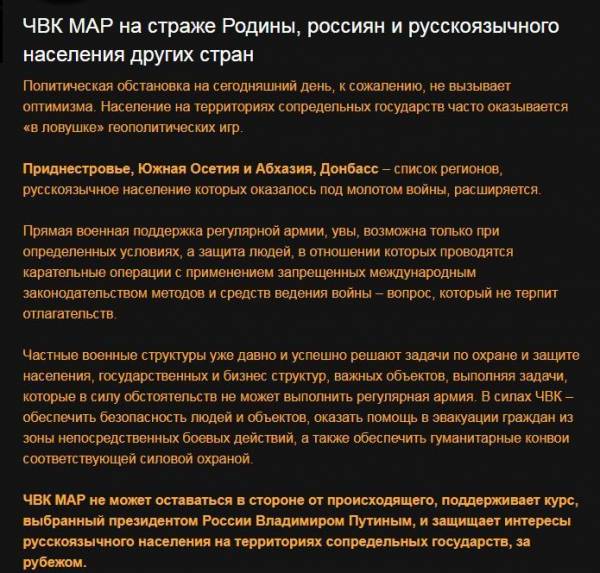 InformNapalm
A screenshot of the site “MAR”

Specifies that members MAR go a course of the President of Russia Vladimir Putin on “protection Russian-speaking”, and in reports about their activities says that they deliver to the Donbass humanitarian assistance, but also take part in the fighting. In particular the article PMC “MAR” on the frontline”, hosted in June 2015, posted photos of the staff of PMCs with guns and the trenches. 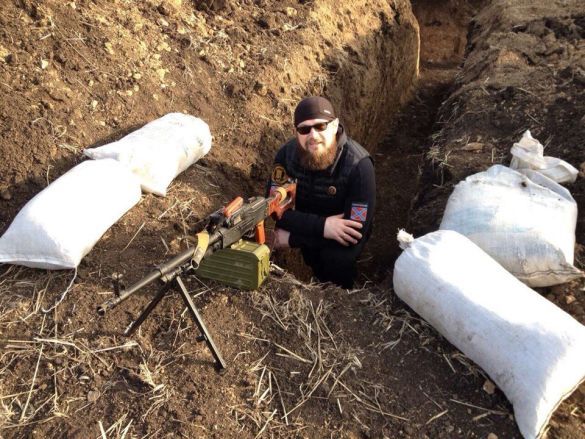 InformNapalm
Mercenaries “MAR” in the trenches

As previously reported, the publication “Fontanka” staged a journalistic investigation and found out who is actually fighting in the East of Ukraine and in Syria and what are the real figures of the victims of the war. We are talking primarily about the “PMC Wagner.” Battalion “PMC Wagner” legally does not exist, because in Russia there is no law on private military companies or public organizations, which can have heavy infantry weapons and armored vehicles.

Later, Reuters published an investigation about the Russian mercenaries of the group “Wagner”, who fought in the Donbass, and then were killed during the fighting in Syria.

The leader of the mercenaries, “Wagner’s” caught at the Kremlin reception on 9 December. It is reported that the presidential reception was held in the St. George hall of the Kremlin, he was invited more than 300 military and civilians, who “showed particular courage and heroism.”