Autumn of change. What will happen to the Ukrainians and their wallets 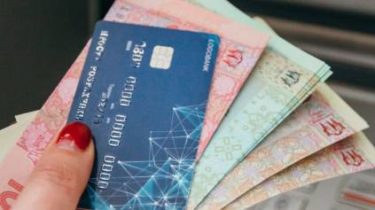 Tomorrow is the first day of autumn, September 1st. Someone is going to learn someone’s first day at work, and someone has retired. But all Ukrainians are waiting for the autumn changes and reforms.

Economists predict the growth of the dollar to the hryvnia and a half. Today, the official dollar exchange rate from the national Bank amounts to 25 with polovinoy hryvnia.

Pensions are hatched. The government announces the increase of the social payments since October 1. According to the Minister of social policy Andrei Reva, more than a million Ukrainian pensioners will receive an increase of more than 1 thousand UAH. And for the two million people the amount of pension will increase from 500 to 1000 UAH. In General, this autumn the pensions promise to increase to more than eight million Ukrainians.

Together with pensions can grow, and tariffs. In October may increase gas for the population by at least 20%, experts predict. Now a cubic meter of natural gas worth UAH 6,9. But, according to the decision of the Cabinet, this rate should be reviewed twice a year. At the same time, the government is vying to assure that gas for the population this fall will not go up.

In the late fall will monetize the savings for the last heating season grants. The compensation will be such: electric heating – the equivalent of 150 kilowatts of electricity – up to 135 UAH. Individual gas heating – the equivalent of 100 cubic meters of gas – up to 700 UAH. Application for monetization of subsidies need to have time to apply until the autumn. That is today, August 31 is the last day.

In the autumn the Ukrainians possibility to get a new internal passport in the form of an electronic card with an electronic digital signature. ID-a passport will allow Ukrainians quickly to social and business services, as well as to operate effectively online, the experts on information security. After all, every digital signature is unique and cannot be faked. And therefore, such a passport allows you to quickly verify your identity.

Meanwhile, in the fall the demand for rental property will increase at a record pace. The reason for this is the influx of students and workers who come from all regions to the big cities. On the real estate market for many schemes by which fraudsters make money on naive Ukrainians. A lot of scams for decades, but they still exist and tenants, as before, is “being”. At the same time will increase the cost of rent.

But there is positive news. On the Day of defender of Ukraine will again be a protracted weekend. This time three from 14 to 16 October. Because a public holiday falls on a Saturday, so the day off is automatically moved to Monday.