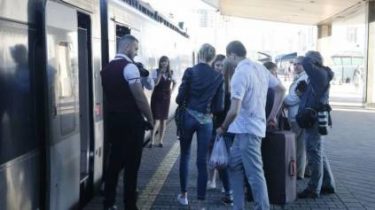 “Ukrzaliznytsya” has the intention from 16 to 27 October to change the schedule for the operation of high-speed trains category “intercity +” №706/705 and No. 716/715 on the route Kiev-Przemysl.

This is due to the modernization of Railways in Poland, reported in a press-Department service.

According to the report, the high-speed train “intercity+” №706/705 Kyiv, Lviv – Przemysl during the period from 16 to 27 October, will limit the route to the station Medyka (Poland). The train will arrive at the station, the Medic at 11:37, and back to Kyiv will depart from the station Medic at 16:22.

For passengers travelling to Przemysl, the station Physician of the Polish Railways will provide a change to a bus to Przemysl and back.

In particular, the press service said, the second train “intercity +” to Poland – No. 716/715 Kiev – Peremyshl – Kiev via Vinnytsia, Khmelnytsky, Ternopil – in the period from 16 to 27 October will run on the schedule, but with the restriction of the route Lvov.

In addition, according to the press service, from 16 to 27 October 2017, in connection with the carrying out of works on modernization of railway lines in Poland, the movement of wagons in the train No. 51/52 Warsaw/Wroclaw – Lviv on the site Przemysl – Church will not be performed.