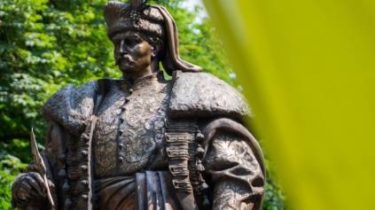 On the banknote of 1000 hryvnas , you may receive the Ukrainian Hetman, author of the first Constitution of Pylyp Orlyk.

About it report “Vesti”, citing a source in the National Bank of Ukraine.

“It was proposed three new bills – Vernadsky, Sikorsky and Orlik. But Sikorsky has disappeared almost immediately,” – said the source publication.

According to “News”, the first batch of new banknotes have already been printed, but the new NBU head has to decide when to put them into circulation. A source in the national Bank noted that “information about the notes Ukraine’s new models is a state secret before the official message of the National Bank”.

Who should be on the banknote of 1000 UAH

We will remind that earlier the emergence of 1,000-hryvnia banknotes hinted the former head of the National Bank of Ukraine Valeriy Gontareva broadcast Radio News. The host asked her whether or not such a bill next year in connection with raising the minimum salary up to 3200 UAH. Periodically appears information that this bill already, and that it depicts the writer Panteleimon Kulish. “I can tell you that there is no Panteleimon, and the rest yet keep in secret,” – said Gontareva.