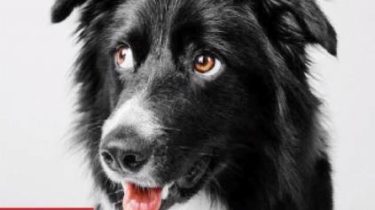 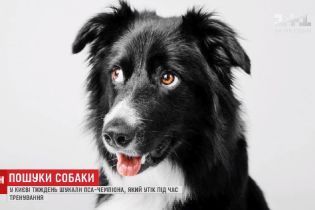 In Kiev, the owners of the dog breed border collie, who is the winner of many competitions, in search of knocked down. A week ago, their pet suddenly ran off with a workout, according to a story TSN.19.30.

The owner of a dog named Fort Anna Kalinina said that it was usual practice and nothing foretold troubles. But suddenly the dog ran to the end of the hall, turned around and ran out the door. At first she thought that the Fort was impatient in the toilet. But on the street, he suddenly rushed from her.

Video settings Kiev for weeks looking for the dog champion, who escaped during a workout

Ads about the missing dog posted online – it responded immediately, hundreds of residents. Fort special. Despite the fact that young is already the champion in different types of competitions and what is most surprising – in obedience.

In Lviv, the pack of dogs is terrorizing the whole village

Within minutes after the disappearance of the dog seen near the metro station. Later on the mountains, five kilometers. Surveillance cameras filmed the Fort in just a few seconds flying a considerable Parking and rushes on.

The search continued for a week both day and night. They were joined by caring cars patrolled the private sector, even searched with the help of another dog. All in vain.

The biggest challenge was to catch a fugitive. People he was given. The owners have agreed with those who will be able to make the Fort a shot in the distance. Today went on another evening patrol. Suddenly just before the broadcast of TSN reported Fort found!

He was beaten a nose, paws erased. Found dog in the same area, on construction. Its driven into a corner the other dog. Emaciated with ticks and was immediately taken to the vet.

The animal psychology Sergei Klochko says: the dog could behave this way due to overwork.

“Such excessive nervous tension, especially when the dog too much exercise could cause a breakdown of the nervous system,” he says.

Sniffer dogs of the national guard gathered for a spectacular tournament

After the examination, exhausted, but happy Fort you’ll go home. Anna has not yet decided when the champion will return to training, however I’m sure that now he will always be on a leash.