The OSCE has criticized Ukraine for the expulsion of Russian propagandists 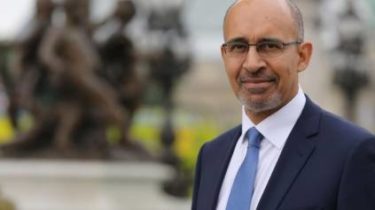 The Organization for security and cooperation of Europe has described as “alarming and excessive” measures for the expulsion of Russian propagandists from Ukraine.

This is stated in the letter of OSCE representative on freedom of the media of ARIMA Désirat Minister for foreign Affairs of Ukraine Pavel Klimkin.

“The expulsion of journalists and denial of entry to Ukraine is alarming and excessive measures, especially because they are not transparent and there is no proper appeal mechanism”, – said the OSCE representative.

Desir added that the participating States of the OSCE have committed themselves to provide the conditions for journalists from other countries-members of OSCE.

“I urge the authorities to refrain from imposing unnecessary restrictions on the work of foreign journalists, which affect the free flow of information and violate OSCE commitments regarding freedom of the media,” said Harlem Desir.

The Russian foreign Ministry commented on the expulsion of the journalist: “forced to walk to leave the country”

Except Kurbatova, the OSCE representative reminded the expulsion Tamara Neresian, which talked about “neo-Nazism” by well-known Ukrainian festival. The Dezir also concerned about the expulsion of Maria Kniazeva, who under the pseudonym “Saushkina” worked in Ukraine on TV channel “Russia-1 and Russia-24”.

Also, the OSCE representative does not like that SBU has banned entry of two Spanish journalists because of “activities against national interests of Ukraine”.