In the river, city hall officials are officially forbidden to visit the Grand line 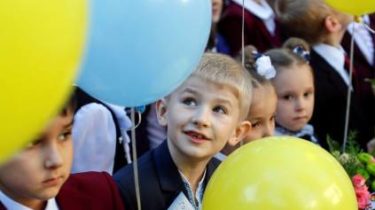 Officials non grata at the solemn Assembly on the first of September in the river. There, city hall officials officially banned from attending the event, says TSN.16.45.

Already signed the corresponding order. An exception only one – if someone from the officials will take their children to school as a private person. Employees who violate the ban could receive a reprimand.

The mayor has banned the Directors of schools to invite to the first call and the deputies to say, not PR.

Parents approve this innovation, because the kids won’t hear boring speeches. The principals also agreed with this.

“All my life we were invited, they were distributed among schools, fought to a school to speak. It would be really funny if it were not so sad. Christmas is for kids”, – assured the Deputy of the mayor of the Dnieper Oleksandr, Sikolenko.