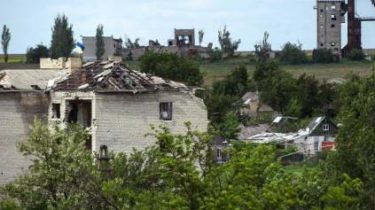 The Ukrainian side during a video conference of the Trilateral contact group on settling the situation in the Donbass urged Russia and the militants to do everything for ceasefire from September 1.

This was reported by press Secretary of ex-President of Ukraine, representative of the TAG Leonid Kuchma Darka olifer on his page in Facebook.

“The Ukrainian side has consistently fulfilled its obligations under the agreement about the mode of silence on 25 August 2017. However, the ceasefire regime systematically violated from ORDO, which suggests that the Russian Federation and ORDO do not adhere to the agreements reached. This is evidenced by the lack of appropriate regulations: according to OSCE SMM, the appeal of the Trilateral contact group to the regime of silence on the occasion of the new academic year, illegal armed groups ORDO learned from the media,” she wrote.

Olifer also added that the Ukrainian side urged to do everything in order for tomorrow, 1 September, the ceasefire regime was the most respected.

“Violations of the regime of silence from ORDO should be investigated SMM OSCE and the perpetrators identified and punished, with specific examples and providing publicity to such cases. The trilateral contact group has called ORDO to provide full and unfettered access of SMM OSCE on the whole territory of Donbass, from the frontline to the Ukrainian-Russian border”, – said olifer.

According to the results of the Skype-meetings of the TAG. The Ukrainian side has consistently fulfilled its obligations under the agreement…

As previously reported, the Special observers monitoring mission of the OSCE counted more than 600 explosions in the Donbas from 23 to 27 August. This observer reported in their reports.