Shelling Avdiivka and industrial area of the mine Butovka. The situation in the ATO zone 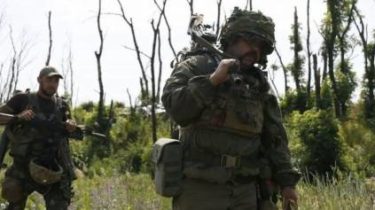 In the area of the ATO illegal armed groups 19 times opened fire on positions of forces of VSU. Losses among Ukrainian soldiers there.

“School truce”: Ukrainian soldiers are forbidden to shoot back and punished for disobedience

The most turbulent in the direction of Donetsk, where after 18 hours, the militants from rocket-propelled grenades opened fire on the Ukrainian positions in Avdeevka and near the industrial area of the mine Butovka. And on the outskirts of Zaitsev and the stove they used small arms and heavy machine guns.

In the seaside area of terrorist activity was recorded only on the fringes of the Water. The militants three times fired Ukrainian strongholds of heavy machine gun.

On the Lugansk direction throughout the day remained quiet.

#Topod the Construction of the press center of staff ATO in 30.08.2017. At the end of the last days the situation in the ATO area …

Posted by the Press center of staff ATO on Wednesday, August 30, 2017

Recall, 25 August along the demarcation line in the Donbass began a trucethat was agreed at the talks “channel four” in connection with the start of the new academic year.