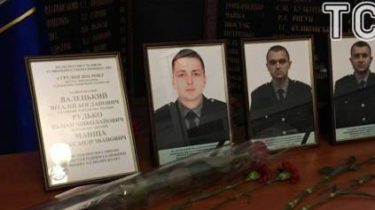 In the case of winter shooting in the City , the planned presentation of the eight suspicions.

About this Facebook said the Prosecutor General of Ukraine Yuriy Lutsenko.

In fact, killing 5 workers of the Ministry of interior in seconds. Knyazhichi, abuse of power and negligence of employees of the National police as…

“Into the killing of 5 employees of the interior Ministry in Knyazhychi, abuse of power and negligence of employees of the National police declared suspects the former chief of the criminal investigation Department in Kiev Smoking, former Deputy chief of the criminal investigation Department of regional Department Marinovsky, a senior inspector of the Cord Kurti. Plan presentation 8 suspicion”, – stated in the message.