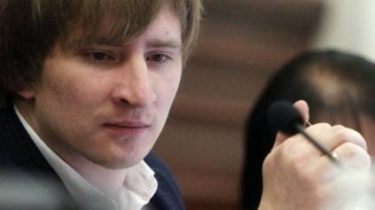 Chief of staff of the KSCA Vladimir Bondarenko dismissed after the scandal with fake documents.

About it reports a press-service of the Agency reports citing the mayor of the capital Vitali Klitschko.

“On August 22 the head of the Kyiv city state administration has submitted a letter of resignation, I signed it. The investigation against him continues, and now a word for the police. For me, this situation is very unpleasant. But, clearly, the law should respect all, as all must bear the responsibility for its violation,” – said the mayor of Kiev.

He also noted that Bondarenko was appointed head of the Kyiv city state administration in the order of transfer of the Council’s Secretariat.

The Secretariat of the city Council he worked as the business Manager and the Secretariat was appointed from the staff of the Verkhovna Rada.

We will remind, the head of Kyiv city state administration has reported about suspicion in forgery of the diploma of higher education. It is noted that we are talking about the diploma of Lviv national University. I. Franko.

“The actions of officers while suspended from duty, is qualified under part 4 of article 358 and part 5 article 27, part 1 St. 358 criminal code of Ukraine. After handing the suspect the person questioned as a suspect, but from testimony refused, citing the provisions of article 63 of the Constitution of Ukraine. Now pre-judicial investigation proceeds “, – noted in Department.