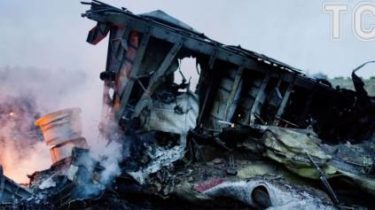 Ukraine and the Netherlands are planning to exchange information about shot down in 2014 the Malaysian Boeing-777 flight MH-17that will help the official Kiev in the lawsuit against Russia.

Memorandum on data exchange will be signed in the near future, said Wednesday, August 30, the Deputy head of the Ukrainian Ministry of foreign Affairs Elena zerkal.

“The Dutch do not want the work carried out was questioned. We are currently working on the signing of the Memorandum on the exchange of information, as the downed Boeing is part of our claim against Russia on the financing of terrorism, namely the supply of weapons for the destruction of this aircraft,” – said Elena zerkal on the air “channel 5”.

Three years of impunity. For the 298 deaths on Board MH17 no one answered, but new evidence

Recall that in early July, Ukraine and the Netherlands signed a bilateral agreement on international legal cooperation in relation to crimes associated with the crash of the aircraft “Boeing-777” in the Donbass in 2014. It allows you to prosecute those responsible for the deaths of all the victims from 17 countries.

We will remind, the Bellingcat team found probable military drivers which had to do with the “buke 332” who brought down flight MH17 in the Donbas. This is stated in the new report of the organization.

So, the photographs published in the Russian social network Vkontakte, the soldiers of the drivers from the 2nd and 147th road battalions, see the trucks and sweepers with the same license plates as the car that was moving in a convoy and that was on video and photo from 23 to 25 June 2014.

A new report by Bellingcat identified truck drivers in the columns, which were transported by “Buki” in June and July 2014, including a truck carrying “Buk 332”, number “4267 AH 50”, and the number of trawl – “XP 4679 50”. The report also indicated drivers that could be relevant to the transportation “Buck 332” Millerovo on the Russian-Ukrainian border.

17 Jul 2014 in the area of armed conflict in Eastern Ukraine was hit Boeing 777 Malaysia Airlines, carrying out flight MH17 from Amsterdam to Kuala Lumpur. The tragedy occurred in the Eastern Donetsk region near the village of Hrabove, near Torez. All 298 people who were on Board were killed.

13 October 2015 , the Security Council of the Netherlands issued its own report on the crash of passenger liner Boeing 777 “Malaysian airlines”. According to the document, the aircraft was struck by parts of the 9N314M missiles fired from MANPADS “Buck”; it was found that the initial launching point is located on a land area of about 320 square kilometers in Eastern Ukraine.