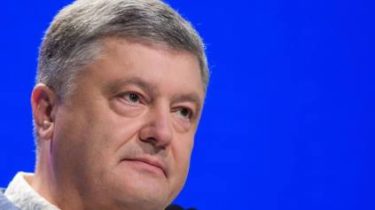 The President of Ukraine Petro Poroshenko said that the Russian-Belorussian training “West-2017” are possible threats for Ukraine.

This was reported on the website of the President of Ukraine.

“We pay great attention to the conduct of these exercises. See possible threats, including the territorial integrity of Ukraine”, – said Poroshenko.

According to him, during the visit of President of Belarus Alexander Lukashenko to Ukraine this issue was discussed separately.

“We have received assurances that in any case from the territory of Belarus now or in the future will not be threats. I hope that this word will be kept. There is no reason to second guess it,” – said the Head of state.

In turn, he recalled how in 2008 and later Russia under the guise of exercises skoncentrovana his technique.

“We will closely monitor that all equipment which was imported for the exercise, was developed and threats have been removed”, – said Poroshenko.

As you know, the exercises “West-2017” will be held in Belarus from 14 to 20 September. NATO believes that the exercise can be involved more than 100,000 troops. And can also occur training with nuclear weapons.