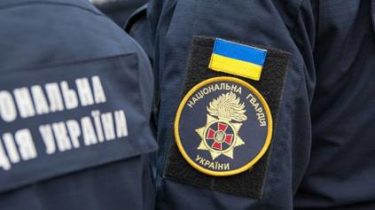 National guard soldiers returned to the front. For the first time in the last two years, the national guard was entrusted with the position on the front line, says TSN.16:45.

Now a rapid response team carries out fighting tasks on the arc Svetlodarsk. In addition to the prompt response to provocations of the militants, the national guard clear the roads and carries out raids in search of subversive groups.

They break the stereotypes about the national guard in the ATO zone. Until recently, they were entrusted to protect checkpoints and only a few months ago returned to the zero line. At first they were called light infantry, and subsequently by the quick response team. Two years they were taught and trained according to NATO standards.

“We have artillery and tanks and anti-aircraft units, and armored personnel carriers. We can protect our state, to perform all infantry tasks,” – said the commander of the quick reaction brigade of the national guard of Ukraine Alexander Voloshin.

The first national guardsmen return home from the front lines. Most of them fought in the volunteer battalions two years ago.

The militants strengthened provoke attacks come and sabotage groups, leaving behind the deadly gifts. Daily Ukrainian warriors have to scour the roads and landing in search of stretch marks.

Vladimir had just made a forced March of 800 miles. Armored car “VARTA” trip broke down and in the area of the ATO was given the name “Mouse”.

17-ton “Mouse” the delivery of ammunition and food to the front. The miners helped to clear the area.

They returned home without loss. Arm wash arms clean and will be preparing for another combat assignment. Of course, all this after hugging their beloved wives and children.