The silence in the coastal areas and the militants of fortifications. A day in the area ATO 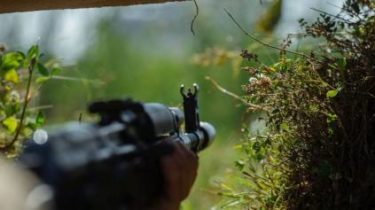 In General, from the beginning of the day illegal armed groups 24 times opened provocative fire on positions of forces ATO.

In the Donbass, the OSCE has noticed not taken away the tanks and howitzers militants

The main activity of terrorists remained in the direction of Donetsk. Most attacks on Avdiivka industrial area of the mine Butovka and the end of September. Militants also opened fire on the Ukrainian fortifications near the Sands.

#Topod the Construction of the press center of staff ATO in 31.08.2017. The last day in the ATO area passed without significant…

Posted by the Press center of staff ATO on Thursday, August 31, 2017

On Lugansk the direction terrorists fired from a grenade launcher fortifications near Katerinovka.

In the coastal areas at the end of the day, the silence remained.

According to the military, currently the main efforts of the terrorists are aimed at maintaining readiness of reserves, hidden command and control, improving the fortification equipment and carrying out combat training. Signs of preparation for offensive action there, assured in the headquarters of ATO.

Recall, 25 August along the demarcation line in the Donbass began a trucethat was agreed at the talks “channel four” in connection with the start of the new academic year.