In the Donbass, the OSCE has noticed not taken away the tanks and howitzers militants 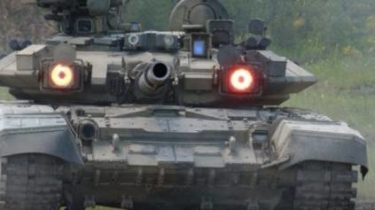 In the occupied Donbass observers Special monitoring mission of the OSCE has revealed the placement of howitzers, tanks, military trucks and other armored vehicles of militants.

This is stated in the report of the Mission on 29-30 August, writes UKRINFORM.

“Outside the government’s control areas according to aerial surveillance as of August 28 revealed 4 self-propelled howitzers (of unknown type) on the ground for 3.7 km East-South-East from the village of Thorns (57 km East from Donetsk), which is a violation of the lines of branch”, – stated in the message.

Observers also recorded on the same range in a Crown 49 of the tanks 37 militants and tanks on the military base at a distance of 3.2 km on West from Manuilsky (65 km on East from Donetsk).