Ernest Airlines opens flights from Kyiv and Lviv to Italy 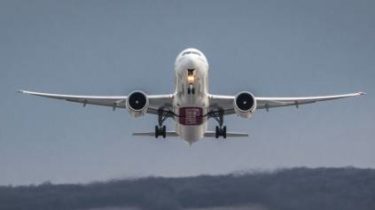 Italian airline Ernest Airlines this year will begin flights from Kiev Zhuliany airport to Bergamo and Naples, as well as from Lviv to Bergamo, Venice and Naples.

It is noted that the flights from Kiev to Bergamo will begin on December 4, and in Naples from 9 December and will run twice a week on Mondays and Saturdays. During the Christmas holidays, the airline will temporarily add a third flight on Wednesdays.

The Slovenian airline Adria Airways will launch flights to Ukraine

In turn, flights from Lviv to Bergamo will start from 20 October, and in Venice and Naples from December 8th. All three flights will be operated twice a week on Fridays and Sundays.

Tickets for the new flights are already on sale at a price of 50 euros one way or 100 euros round-trip on the airline website. The price includes transportation of hand Luggage weighing up to 10 kg and with dimensions up to see 55х35х25

We will remind, the Latvian airline wants to start flights Kiev-Lisbon earlier Wizz Air. Thus the Baltic carrier for three weeks ahead of the Hungarian low cost airline Wizz Air to open flights to Portugal.

Unlike Wizz Air, and airBaltic flight to Lisbon will be operated with a stopover in Riga airport, Xabi airlines.