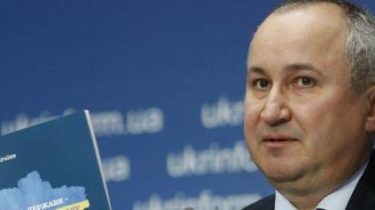 The head of the security Service of Ukraine Vasily Gritsak focused attention on the need to criminalize a visit to the Russian Federation MPs, politicians and public figures.

He stated on September 2, commenting on the introduction of biometric control for foreigners in 2018.

Ukraine will introduce biometric control of foreigners in 2018 Slobodian

“This will definitely help us in the work. I support the President’s initiative. I would go even further: I would introduce a legislative ban and criminal liability for the use of the aggressor country members of Parliament, politicians and public figures,” quotes his quote “Ukrainian truth”.

Recall, September 1, President Petro Poroshenko enacted the decision NSDC, which relates to gain control over the entry and departure from Ukraine of foreigners and persons without citizenship, compliance with the rules of stay in the country.

The government was instructed within a month to ensure the implementation, with the participation of SBU comprehensive measures to strengthen control over the entry and departure from Ukraine of foreigners, including citizens of Russia and persons without citizenship. On 2 September the decree entered into force.