In the Donbass increased the number of Ukrainians, which the militants captured 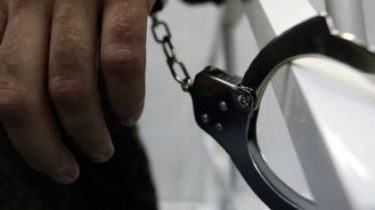 In captivity of fighters on Donbass are Ukrainians 144.

This figure as at 2 September called on the air “112 Ukraine” the adviser to the Chairman of the SBU Yuriy Tandit.

“In the last days, unfortunately, the figure increased slightly because of the fact that ordinary civilians were detained, who had no weapons and were not on the line of differentiation and are not participants of the ATO. They are charged with spurious accusations of espionage and other crimes they did not commit,” said Tandem.

He urged all citizens who are on the demarcation line, be mindful of the dangers not only to their health but also life.

“There are imposed curfews, are not Ukrainian laws, and people can be detained without trial” – said adviser to the head of the SBU.

In July, the SBU reported 134 Ukrainians who were in captivity of fighters on Donbass. The terrorists claimed to contain twice the smaller number of hostages – 70.