The detention, which was not. The guards showed the video from the press-Secretary of Saakashvili’s party 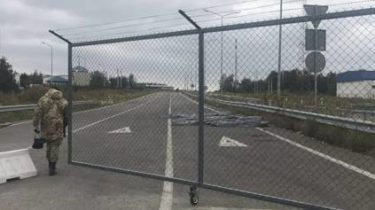 The State border service of Ukraine refute that detained at the border with Poland a press-the Secretary of the party of Mikheil Saakashvili “movement new forces” Mariana Poshtar.

“About “detention,” the press Secretary of the “Movement of new forces” Mariana Poshtar. Tell you a secret: no one is detained. The guards found near the border of the unknown person who carried out unauthorized photo and video positions at the border. It is now held command and staff exercises and such strengthening of positions occur in other areas. So, the military and border guards sometimes train. This is normal! The civilian world, and it was Mariana Poshtar, explained the procedure of filming in a controlled border area and asked for the future to coordinate their actions in accordance with legislative requirements and service. Everything!” – wrote in Facebook press-the Secretary of the state border service Oleg Slobodyan.

He also posted a video communication of the border guard with Poshtar.

Previously a member of the party “movement of new forces,” David Sakvarelidze said checkpoint Krakovets illegally detained the press Secretary of the party Mariana Poshtar alleged that she tried to take a photo of a “living wall” of border guards. At the same time this message is posted on the page of Saakashvili’s party: “a Few minutes ago, the press Secretary of the Rukh was detained near the border with Poland, because she took a picture of the living cordon of guards, who caught up to ensure that they are not allowed in the country Mikheil Saakashvili.”

Earlier, Saakashvili said that needs to return to Ukraine on September 10 from Poland through the border crossing point “Krakovets” in Lviv region.

We will remind, on Saturday morning, September 2, media reported about the arrest in Kiev of his brother David. Subsequently, the Director of the Department of communication of the Ministry of internal Affairs of Ukraine Artem Shevchenko said that the brother of Saakashvili employees of the national police in Kiev delivered the bodies of State migration service. This is done in order to deport him, because the permission to stay was revoked due to the fact that before he was stripped of permission to work in Ukraine.

Information about the intention to deport the brother of Saakashvili from Ukraine to Batumi confirmed eks-the adviser to the interior Minister Ilya Kiva. However, over time, the party “movement new forces,” Saakashvili issued an official statement which said that brother policy was released, and his detention was called “the reprisals against relatives of political opponents of the regime of Petro Poroshenko.”

The lawyer Saakashvili said that the documents of David in the order, and the expulsion he did not know anything. The detention of David’s lawyers have called illegal and promised to file a statement about it.

At the head of the Odessa region , Saakashvili worked for a year and a half, after which he announced his resignation, accusing the President of violating the promises and progress to senior positions in the state “old corrupt”. Then the former President of Georgia announced the creation of their own political powerwhich will go on elections to the Ukrainian Parliament.

In Georgia, the policy is accused on four criminal counts. He faces up to 11 years of imprisonment.