Selfies with passers-by and plain clothes. The blogger has published a video allegedly Poroshenko near the supermarket 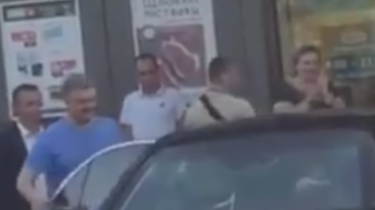 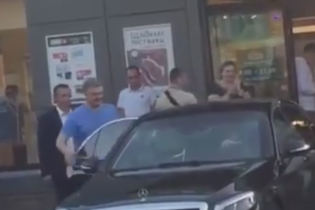 Blogger and volunteer project “Peacemaker” Miroslav Oleshko has published on his page on the social network Facebook video, which allegedly Ukrainian President Petro Poroshenko walks out.

According to Oleshko, Ukrainian guarantor went to the supermarket. The record shows that the man, like the President, is photographed with people, and then smiles and sits down in the car Mercedes on the back seat. Accompanying him are obviously two guards. Shopping in their hands are seen.

“Just the President. Went to the supermarket. Photographed with their citizens and took the job,” wrote Oleshko.

When and where the video was made, he did not specify. The recording was today, September 2.

The President Of Ukraine. Coming to the supermarket. Photographed with their citizens and left for work. And you pass by bike. The country is changing;)

Recall, last year mass media spread the information that President of Ukraine Petro Poroshenko without the protection found in the Spanish pharmacy on March 8. He was buying vitamins and medicines, but said his alleged tourists from Russia.