Provocation of terrorists and no loss of the APU. How was the day in the area ATO 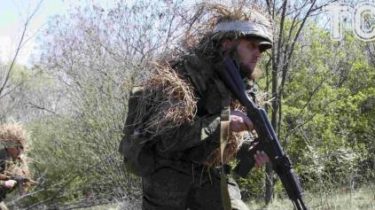 RA the last day, September 1, in the area of the ATO Russian occupation troops from small arms 20 times fired on the strengthening of the Ukrainian troops. This reports the press center of the ATO headquarters.

On the Lugansk direction the enemy four times opened fire near Stanytsia Luhanska, krymske and Yellow.

On Donetsk the direction 14 times under small arms fire were Ukrainian strongholds near Avdiivka, Zaytsevy, Maori and Butovka.

On the Mariupol direction the enemy twice fired at our positions on the approaches to the Water.

At the headquarters of ATO stressed that Ukrainian soldiers opened fire in response only once to save his life.

“At the same Time, military authorities, troops and anti-terrorist operation forces continue to take measures to prevent violations of the cease-fire. With the aim of interaction the reference points of units of military units involved separate category of servicemen of the ATO forces and tactical groups”,- stated in the message.

Also, the ATO has reported the readiness of the Ukrainian army to adequately respond to the aggressive actions of the enemy that threaten our soldiers and civilians.

Earlier it was reported that on PPC “Stanitsa Lugansk” militants kidnapped the boy 1995 year of birthwhich worked as a loader. He crossed the border with the occupied territories on August 31 and since then not contacted.