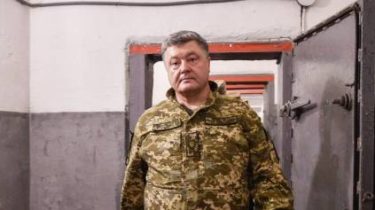 In the state budget for 2018 should provide funding for initial works on creation of Ukrainian heroes Memorial to honor and perpetuate the memory of Ukrainian soldiers who gave their lives for Ukraine.

Requested on the establishment of funds to government asked the President of Ukraine Petro Poroshenko.

“I think we need to accelerate our efforts to honor and perpetuate the memory of Ukrainian soldiers, accelerating the creation of a Memorial to Ukrainian heroes. I appealed to the government that in the budget of 2018 was provided the necessary funding to start work”, – said Poroshenko.

He is convinced that the Ukrainians will join the creation of this Memorial.

“We must continue working in order to find every last person who deserves to be awarded”, – said the President drew the attention of the chief of the General staff of the Armed forces of Ukraine Viktor Muzhenko to the importance of the promotion and recognition of all the Ukrainian soldiers-heroes.

We will remind, about creation of the Memorial of the heroes of the Ukrainian Poroshenko announced back in the spring.