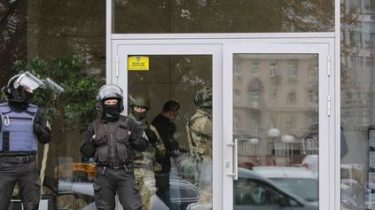 Assets eks-the Minister of income and fees Alexander Klimenko in the amount of $ 20 million frozen in Liechtenstein. This information provided the Prosecutor General’s office of Ukraine at the request of the expert of the center “Eidos” Gleb Kanevsky, reports Ukrainian Pravda.

The police say that 36 is being investigated criminal proceedings under suspicion there are 27 former high-ranking officials, who declared the state wanted. The property 13 of them arrested, which relates to 30 vehicles, 8 units of water transport, land 57, 164 residential units, 15 residential, 32 garages, as well as paintings, icons, valuables and weapons.

On the territory of Ukraine seized cash in the amount of 34 million, 2.3 million and $ 192 thousand euros. In addition, the blocked securities worth UAH 722 million and 5.5 million dollars and authorized capital of a total value of more than a billion hryvnia. On banking accounts abroad of blocked 500 thousand dollars, EUR 7.6 million and 13.6 million Swiss francs. Also, the GPO stated that the information is partially limited access and disclosure is not subject.

In July security forces in several areas simultaneously carried out searches and seizure of documents and computers, firms that associate with the senior era of Viktor Yanukovych. Law enforcement authorities report on the seizure of property related businesses with the ex-Minister of incomes and fees Oleksandr Klymenko. Security forces say they have found documents on them that confirm the illegal transaction and the scheme of money laundering. The collected data law enforcement officers will direct to West, so they arrested Klimenko accounts in European banks.