Being stung by bees pop for £ 550 and trolling military of the Russian Federation in social networks. Positive news of the week 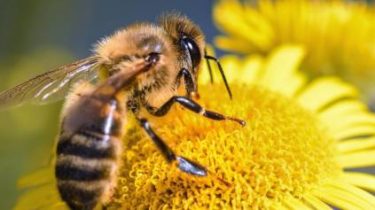 Over the past 7 days, users were surprised a stupid bet sitting on a beehive and admired the guy who made the proposal to his beloved right in front of the Pope.

A PROPOSAL TO THE POPE

The Venezuelan politician and activist Dario Ramirez confessed his love to his girlfriend just before the Pope at the Vatican. It happened when Pope Francis has taken the Catholic legislators. Dario Ramirez was forced to leave their country in 2014 due to persecution by the regime of Nicolas Maduro. When he’s with his girlfriend Mariangela Espinal approached the father, he said, that the Pontiff three cases. “When we were introduced to the Holy Father, I explained the situation in Venezuela and the situation of political prisoners. And then said to Dad, “There’s a third thing, I want to ask you.” I explained to the Holy Father that the woman next to me is a woman in my life. I met her in Church, God placed her in my life, and I want to make her an offer,” – said the Venezuelan.

The beekeeper from New Zealand won the bet on 1,000 new Zealand dollars (£550), after spending 30 seconds on the hive with his pants down.

27-year-old Jamie Granger ventured to answer the call of his friend Aurel, Braguti August 14, on a farm near Matamata. Before doing this trick tried to execute another of their friend, however, he was able to sit on the hive, maintaining the insect bites, just 19 seconds.

TROLLING BELARUSIANS OVER THE MILITARY OF THE RUSSIAN FEDERATION

On 29 August, told journalists, in what scenario will take place the Belarusian-Russian exercises “West-2017”. So, imaginary enemy, was declared part of the territory of Belarus under an assumed name Vacherie. The reaction of Internet users do not have to wait, so Twitter account appeared under the name “Ministry of foreign Affairs Vacherie”.

In social networks began to appear “diplomatic mission” of the fictional land, jokes about military prisoners and “state symbols”.

Also, the network has already begun to issue “passport Vacherie”.

In Dnipropetrovsk regional administration cat walking to meetings, studying reports, and just walking the tables of the heads. He lives in a foster freely walking in the rooms and trying not to miss a single meeting. Lying on the keyboard of computer secretarial, reception of advisers head, Tiger greets visitors. Three months ago, a little kitten left without a mother, brought Advisor to the Chairman. Took the volunteers, they were assured, the cat limp and relaxed and hassle it will not be any.

Videoerotic Dnipropetrovsk regional administration have a cat who goes to meetings

In South Africa, the Hippo saved the antelope from a crocodile. How it took 72-year-old local pensioner, who came with his wife for a walk.

The crocodile grabbed the antelope in the hoof and tried to pull into the lake. The animal escaped as best they could. In the eighth minute of the battle for life is already lost strength and was ready to give up, when suddenly came to the aid of hippos. They drove away the predator.

NEW IMAGE OF TYMOSHENKO IN THE STYLE OF “GAME OF THRONES”

The leader of “Batkivshchyna” Yulia Tymoshenko has surprised users with another change of image – unusual hair and a slim Burgundy dress with a large brooch.

Your new style politician “brought to the people” during the celebration of the 50th anniversary of the Ukrainian world Congress in the capital “Mystetskyi Arsenal”.

The MP dismissed the blond hair, the sides tied a long, thin braids. They reminded the users of the hairstyle of the heroine of “Game of thrones” Daenerys, Targaryen. Tymoshenko is now in a Network is called the mother of dragons.

In Thornton, Colorado) construction team during the construction of new facilities for local police and fire service found the remains of a dinosaur.

According to paleontologists, the Triceratops, the horns and the humerus which is dug up from the sandy ground, 66 million years. If not the whole skeleton, at least most of it planning to reconstruct.

A VACCINE AGAINST DRUG ADDICTION

At the meeting of the American chemical society (ACS) in Washington, scientists presented a report on the vaccine that protects the human brain from the action of heroin and synthetic opiates, e.g., fentanyl.

To improve the resilience of the brain to drugs, scientists have developed a drug-based haptens – small molecules that resemble the molecules of the opioid, but at the time of joining proteins-antigens acquire immunogenicity.