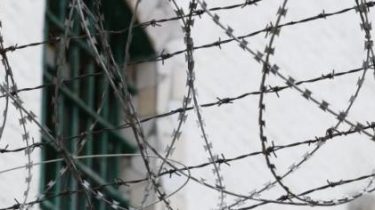 On the penitentiary system in Ukraine, allocated 3.7 billion UAH, which is only 44% of its needs.

Reported about it in interview DT.UA the Deputy Minister of justice Denis Chernyshov.

“The whole system give us 3.7 billion Is 44% of the needs. Plus it would take another 1.1—1.2 billion hryvnias for salaries to be approximately level with the police: about 7 thousand hryvnias for Junior inspector” – he said.

Blackburn also confirmed that the repair of the jail no money from 2014.

“If you call the number the necessary funds in General, it will space. Those which meet international standards, recognized by only about 2% of the buildings. The oldest building 1614. Lukyanivka prison — 1859. The efficiency of the systems, pipes, heat moves to zero. Repairing it is pointless,” said the official.

According to him, the construction in Ukraine of new detention facilities can require more than $ 150 million.