Combat Timon and Pumbaa: in the Luhansk region, the military patrol with small boar 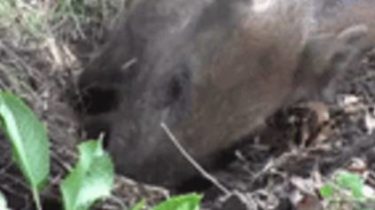 In one of the units in the Luhansk region the Ukrainian military brought up to help the wild boars who have lost their mother.

It is reported “Military TV of Ukraine”.

Dnieper volunteers provide for the animals of disabled masters abroad

According to the soldiers, they began to feed the two pigs army rations on a par with the military.

“If someone walks by, they make sounds, begin to loudly growl, grunt, and thereby give to know that someone nearby is” – said one of the soldiers.

We will remind, earlier in a Network there was video touching, as a red squirrel playing with the intelligence soldiers of the 93rd brigade at positions near Slavyansk.