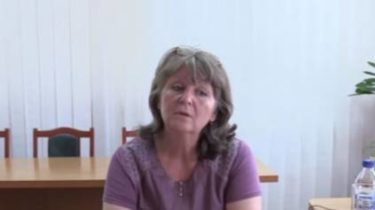 The mother of prisoner of the Russian military Victor Ageeva Svetlana August 31 sent a letter to the Commissioner for human rights in Russia Tatiana Moskalkova.

According to “Novaya Gazeta”, the mother of corporal prisoner reports that after the arrest Ageev is not getting full support from the Russian side.

The publication writes that a woman asks Moskalkova “to assist you in obtaining information about his son” through the Ukrainian Ombudsman, and invites her to visit Ageeva in the detention center of Starobelsk. And complains that does not receive any information about his son, in spite of its constant contact with the Russian consuls on the territory of Ukraine.

“So far my son has not met with the representative of the consular service [Russia]. I sent an email to the consular service in Kharkov (on the phone I did not join with the Consul), but still no answer. Also not clear is the result of my requests for financial assistance for the payment of labor lawyer, ” writes Ageev Ombudsman.

The media also reported that the woman convinces the dereliction of duty by lawyer Victor Chevguz, with whom she had previously signed a contract “does not work for reasons unknown, not communicate”. “When we agreed with him, I said I can’t pay for his services two thousand euros, she will not pull. Decided that I would ask the consuls to provide financial assistance, and they said that will solve the issue with his leadership.”

We will remind that the Russian citizen Viktor Ageev was captured by the Ukrainian military June 24, 2017 the Luhansk region on blokbasterom “LC”. During the interrogation, the Russians called themselves a contract serviceman of the Russian army, later his words were confirmed and the mother, saying that to may 2017 Ageeva was given the rank of corporal. In the defense Ministry claim that Victor Ageev has never been in contractual military service in Russia.

22 Jul Svetlana Ageeva, together with the special correspondent of the “New” arrived in Starobilsk, where they could visit their son on a short date.