“Ukrpochta” has threatened on the supply of natural gas to Ukraine 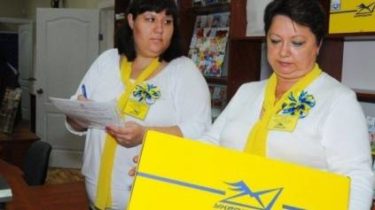 “Ukrposhta”, which recently unveiled its new logo, decided to start natural gas supplies to Ukraine and has already applied for a licence.

On the website of the public joint stock companies have already created the appropriate section, transfers gromadske.

The national Commission exercising the state regulation in energy and utilities, will consider a decision on the issue of the license September 7.

The offices of “Ukrposhta” equipped with terminals for credit cards

It is noted that as at 1 September 2017 NKREKU issued 318 licence for the supply of gas to Ukraine.

Earlier it was reported that “Ukrposhta” wants to attract global online retailer Amazon to work in Ukraine. The company believes that to attract Amazon you before the end of 2017.