After the LPG at petrol stations can crawl up gasoline prices 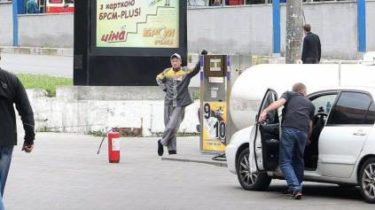 In September, gasoline a-95 went up by an average of 60 cents and its price will amount to 26.5 UAH per liter. Experts predict that fuel will go after the dollar, which will also rise. However, when he was falling, gasoline was in no hurry to fall in price.

Recall that in recent weeks 4-5 UAH went up scarce gas and today it costs an average of 15.5 and 16.5 UAH per liter. Gas noose around the neck of motorists felt throughout the world. Primarily due to the rising cost of crude oil. In Ukraine, the price increase occurred because of the Russian monopoly.

“To repay a shortage of liquefied gas in a short time will not succeed. We will have a scarce September,” – said the Director of the analytical center for energy studies Sergey Sapegin.

Last year every third sold liter of fuel was a liquefied gas is a cheap alternative to expensive gasoline. Should drivers continue to fill their tanks? Analysts say the decline in gas prices will happen. But the same for 11 UAH, it will be gone, but 13-14 UAH per liter at the gas station will ask.