The store survived the Maidan without loss, but he resorted to looting. Sodel showed an old photo of “Emporium” 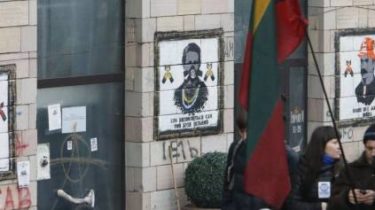 Photographer Vladislav being here showed a picture of the store, “Emporium” from the time of the revolution of Dignity: it photographed a note posted on the door asking them not to commit acts of looting and vandalism.

Threw eggs and fired the tires. The activists retaliated shop, who erased the graffiti on the Grushevsky street

“During the Revolution people listened to the owner of Enormo. The store has gone through turbulent times without any loss, but it’s been 3.5 years and he resorted to looting historical monument by an act of vandalism,” said Sodel. 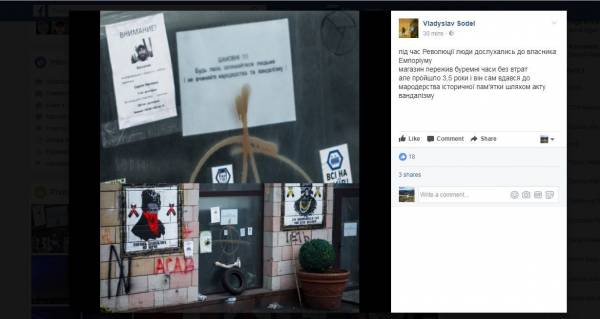