In the agriculture Ministry made a forecast that prices for buckwheat 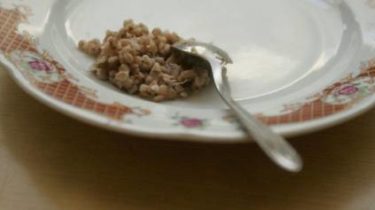 A good harvest of buckwheat in 2017 will meet the needs of Ukrainians and will keep a stable price for this commodity. About it reports a press-service of the Ministry of agrarian policy.

The office noted that the sown area under buckwheat in the current year rose to 183 thousand ha compared to 150 thousand hectares in 2016, and the expansion of acreage by 22% will allow to neutralize possible sagging yields due to adverse weather conditions.

“As of 1 September the buckwheat was threshed on an area of 50 hectares or 27% of the forecast, and produced 55 thousand tons with an average yield of 11.0 t/ha. According to preliminary estimates, the harvest of buckwheat in 2017 will be 197,5 thousand tons while the domestic demand of 160 thousand tons. In 2016 were collected 128 thousand tons of this culture”, – stated in the message.

“Market balances do not indicate a risk of a price increase, therefore, such fluctuations can have exclusively speculative character. However, the fact that the market situation is so susceptible to outside influences underscores the importance of planning and formation of appropriate structure of sown areas,” – said the first Deputy Minister of agrarian policy Maxim Martyniuk.

Earlier, experts warned in September that up to 40 hryvnia per kilogram can take off the price of buckwheat. However, this situation will last long – with the advent of the new crop prices should again be somewhat reduced.