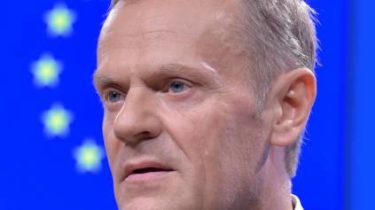 The DPRK should abandon its nuclear and missile programs, said the President of the European Council Donald Tusk.

The US President is considering the termination of trade with countries that do business with Pyongyang.The EU is ready to toughen its policy of sanctions against North Korea at the same time and urged Pyongyang to resume dialogue about its programs to develop nuclear weapons, weapons of mass destruction and ballistic missiles.

This is stated in the statement of the President of the European Council Donald Tusk, published on Sunday, September 3. “The EU is ready to toughen its sanctions policy. We call on the UN Security Council to adopt further UN sanctions and demonstrate a strong determination to achieve the peaceful denuclearization of the Korean Peninsula. The stakes are too high,” it said in a statement Tusk. North Korea must completely abandon its nuclear weapons programs, weapons of mass destruction and ballistic missiles – is irreversible and so that they could verify.

“She should immediately stop all related activities”, – said the President of the European Council. The strengthening of EU sanctions against the DPRK made earlier by German Chancellor Angela Merkel and President of France Emmanuel macron.

This is stated in their joint statement, issued after telephone talks between the two leaders on 3 September.