In Kiev, established the first in Ukraine terminal for sale cryptocurrency 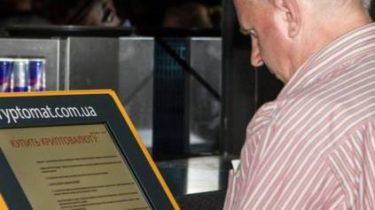 In Kiev, the first six cryptomate – terminals for the sale of cryptocurrency. Testing began on 4 September.

It is reported by company KUNA Bitcoin Agency.

“Started open testing system cryptomate in Ukraine private entrepreneur who bought the first 6 terminals for the sale of bitcoin for cash, have already placed them in Kiev, two more next week to appear in Kharkiv”, – stated in the message.

Also the company said that they have already received applications for more than 150 crypto-terminals in Ukraine.

The process of buying cryptocurrency using a bitcoin terminal the following:

– press the button that says “Bitcoin”

– after that, bitcoins sent to your wallet.

Earlier it was reported that on 1 August the most famous cryptocurrency of the Bitcoin world was divided. Next to it there is a new Bitcoin Cash. Its creators believe that it will be better protected against hacker attacks, and the maximum volume of its unit will increase to 8 megabytes.