Odessa or Antalya: TSN did a test for the best and cheap vacation at sea 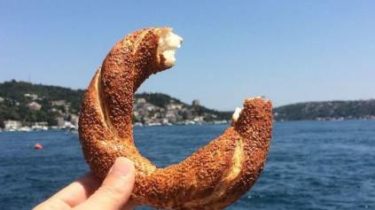 This summer, campers came up with the saying: not enough money to Odessa, go to Turkey. The journalists decided to check up, whether transfer, accommodation, food and shopping abroad for cheaper than in the Ukrainian resort, says the story TSN.19:30.

Hour on the road to Boryspil, another hour and a half of passport control and the three hour flight to Turkey – this road was supposed to last no more than 6 hours, but the flight was delayed. The companions were divided into angry and those who are healthy sleep and nerves are more expensive. After 9 hours I finally managed to see the sea. The road to Odessa by car is 450 miles from Kiev, that is trosi more than 6 hours with a short but pleasant interruptions, for example, for lunch homemade tomato and bacon just in the forest where there is nobody to be ashamed of, unlike the airport.

Videots compare conditions and prices of rest in Odessa and Turkey

Centerline beach Antalya free and nice with very clear water and pebbles, there is a lot of space, very clean – never seen bits of corn or empty containers. A bottle of water costs about 7 UAH, to find a sunbed or an umbrella not a problem – it costs 30 USD per day. The sea port in Odessa is not clear, the entrance to the beach is free, but a bottle of water in Odessa is twice more expensive than in Antalya. Rent a bed and umbrella in Odessa will cost 100 UAH a day, but there’s an alternative – free wooden sunbeds, but they have to take.

Promenade of Antalya built fresh apartments, where housing is cheaper than long term rent. To remove it for $ 180 per month if live together with the owners, or 250 if itself. On the day can be found for $ 8. In Odessa for an apartment commensurate with the level of comfort you can put 40 euros per day, and still to some flaws in the service – neglazhennyh bed or the lack of toilet paper.