In Ukraine will build 100 of hostels for servicemen – Poltorak 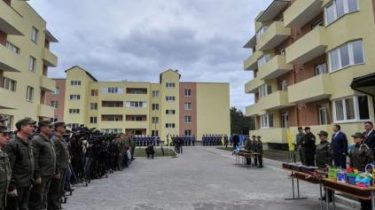 In the coming years, Ukraine will build 100 of dormitories for servicemen. The money is supposed to allocate from the state budget.

We will remind, some days ago, 70 soldiers of the national guard received new apartments near Kiev.