Race naked girls and expensive entertainment: the recreation of the children of Ukrainian politicians 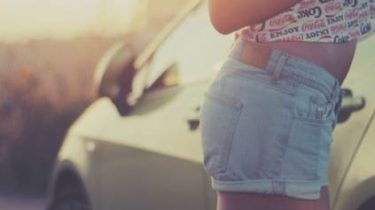 If officials with the advent of Electronic declarations became more careful, their children on their own Internet pages frankly Ponte parent millions, we are talking in the story “Groshi”.

For example, Nazar Babenko is the son of people’s Deputy Valeriy Bobenko, who hails from the Dnieper. Favorite boy toys – cars. So on your Porsche Cayenne a guy rides around town on a red light. By the way, the price of this car – three and a half million hryvnias. The money can buy four one-bedroom apartments in the center of Kiev. Besides the car, the guy is still Mercedes. This car is worth about two million. Hours the son of MP a lot. Boast – rolex white gold and diamonds.

Switzerland and UK: where to go to education children, Ukrainian deputies

Race naked girls and expensive cars. Including a photo in Instagram flaunts Dmitry Karatumanov – the son of the Deputy of Kharkiv regional Council and the former people’s Deputy Oleg Karatumanov. Guy loves to flaunt his car. It is one of the most expensive Mercedes models. This tuned SUV is almost six million. 260 miles an hour – with this rate, the guy rides around town. In Courchevel, the family eats oysters, and on Zanzibar island bathed in the Indian ocean.

In turn, the daughter of the Deputy mayor of the Dnieper Svetlana Epifantseva – Anna Epifantseva flaunts his expensive accessories. In particular, the girl has and new from Chanel this bag you need to pay 80 thousand hryvnias, and for the classic model – one hundred and forty. And such Anna a few different colors.

The son of ex-Verkhovna Rada Deputy Lev Mirimsky, a novel Mirimskaya. His influential father died a few months ago, but the life of the major is like not changed. The guy drives a Bentley. The price of similar used cars – about 5 million. Behind the wheel sits Roman even drunk. Marsik originally from the Crimea. On the occupied Peninsula the guy likes to relax in style.