Switzerland and UK: where to go to education children, Ukrainian deputies 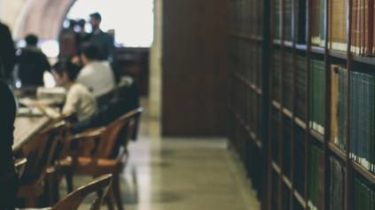 The children of many Ukrainian officials met on 1 September abroad.

This is stated in the story “Pennies”.

In particular, Taras Gerega, the son of a businessman and the Deputy of the Verkhovna Rada of Ukraine Alexander Gerega, lives in Switzerland, where he received education in one of the best international universities of hotel management – Institute of higher education Glion. It is located on the shores of the Swiss Riviera town of Montreux. Only one semester it starts from 615 thousand UAH. To obtain a bachelor’s degree, you need to study 7 semesters, and it is already four million (4 305 000) for the diploma. Of course, price does not include accommodation and meals, which in Switzerland are among the most expensive in the world.

Roman gryniv – the son of another Deputy of the Verkhovna Rada Igor Grineva. Granite science the young man went to chew as much in the ocean – University of Virginia. For a year of training it is necessary to pay 600 thousand UAH.

Some Deputy children managed to learn a few foreign universities. So Oleg Rosenblatt is the son of a controversial nardepa Borislav Rosenblatt – acquired knowledge in the three universities in Europe. One of them is English Brighton College, where the cost of the course is roughly 230 thousand UAH. Eventually the guy went to the University of Buckingham in London. The cost of one year of study here is 564 460 UAH, except that for accommodation and food you need to pay 500 UAH 584. Another diploma Rosenblatt Jr. went to is also in a foreign country – in Germany. For studying at the Munich business school to give 294 000.