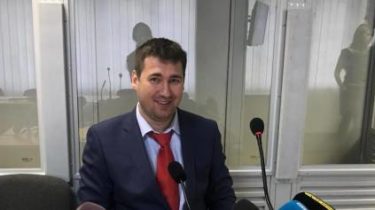 State lawyer Maxim Gerasim assumed their responsibilities for the protection of Viktor Yanukovych.

34-year-old defender came to his first session on the case of treason. He said that is engaged in the practice since 2010. In particular, protected convicted for the murder of journalist Georgy Gongadze, Oleksiy Pukach.

Gerasko, once approved, will ask the court to give it three months to review the case of Yanukovych, because it has 50 volumes. Just studying he spent 11 days.

It is known that Maxim Gerasim is married and has children. To the question about his possible visit to Yanukovych, he replied that he must first learn the materials.

We will remind, the previous lawyer Yanukovych said withdrawal in the case of treason. In particular, the reigning attorney Yanukovych Vitaly Machacek refused to participate in the trial.