Silence in the direction of Lugansk and the day lossless. The situation in the Donbass 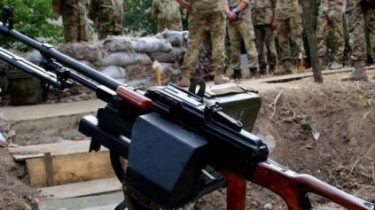 For the last day terrorists 32 times fired at positions of the Ukrainian army. Losses among the military there.

Grandma militant “DNR” tried to arrange in Ukraine, social assistance in connection with his death

The militants continued shelling the positions of ATO forces in Donetsk and seaside areas. IP 18 hours before midnight, three times they opened fire from grenade launchers in the district Lebedinsky, twice – near the Water. Several times from APCS and heavy machine guns beat on positions on the outskirts of Starognatovka, from small – near Gotovogo and Shirokino.

At the Donetsk direction is the most restless at the end of the day was near zaitsevo: during the night the fighters of 5 times fired at strong points of small arms, and under fire from heavy machine guns were the forces of ATO on the outskirts of the Town and the mine Butovka.

On Lugansk the direction the silence remained.

Recall that at midnight on 25 August along the demarcation line in the Donbass began a trucethat was agreed at the talks “channel four” in connection with the start of the new academic year.