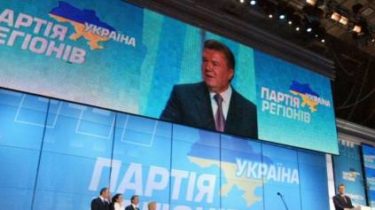 The district administrative court of Kiev will consider the case on banning the activities of the Party of regions in Ukraine.

This is stated in the press service of the court.

In addition, the plaintiff wants to compel the Ministry of justice to apply to the court regarding the prohibition of PR and the abolition of the state registration of this political force.