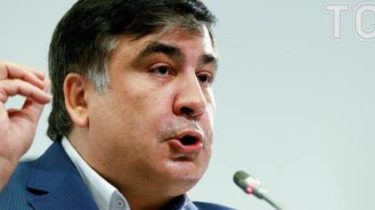 The Ministry of justice of Ukraine received a request of Georgia for the extradition of Mikheil Saakashvili and sent these documents to the Prosecutor General. It was there after the verification has to decide what will be the response of the domestic law enforcement system, says the story TSN.16:45.

The Georgian Prosecutor’s office accuses the former President of abuse of power, against policy initiated four criminal proceedings in 2014. Lawyers claim that the test can last several months, and Saakashvili in the process have the right to detain for three days.

the former head of the Odessa region in an interview to TSN said that it will not stop him from attempting to return to Ukraine this Sunday. “These criminal cases are ridiculous, I’m not afraid of the legal process, I’m ready for any legal process, but for this I need to allow the territory of Ukraine and give me the opportunity to speak in court”, – Saakashvili said.

As reported, on 5 September the Ministry of justice of Ukraine received a request from the Prosecutor’s office of Georgia for the arrest and extradition of former ex-Chairman of the Odessa regional state administration Mhala Saakashvili. This was stated by the Deputy Minister of justice of Ukraine on European integration Sergei Petukhov. In Georgia the politician is charged with four criminal counts. He faces up to 11 years of imprisonment.