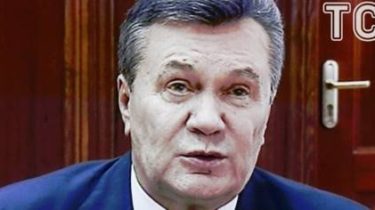 Federal prosecutors Switzerland has information on the case against the arrested gold, stolen and exported from Ukraine by ex-President of Ukraine Viktor Yanukovych.

“The Federal Prosecutor’s office, as a responsible law enforcement authority in Switzerland, has information about this case. However, on the basis of official secrets and investigations, Federal prosecutors can’t comment on any ongoing criminal proceedings. As always, to all involved apply the presumption of innocence,” – said in response to our request.

Also, the Prosecutor’s office of Switzerland noted that after the change of power in Ukraine in 2014, continues to pursue several criminal cases on suspicion of money laundering.

“These procedures were caused by the ad Agencies on combating money laundering, which the Federal Prosecutor’s office received in mid-March of 2014”, – stated in the message.

We will remind, the Deputy Prosecutor General of Ukraine Yevhen Yenin said that abroad he was arrested more than half a ton of gold, stolen and exported from Ukraine by ex-President of Ukraine Viktor Yanukovych. According to him, the total damage caused to the state ex-President Yanukovych and his entourage, is about $ 40 billion.