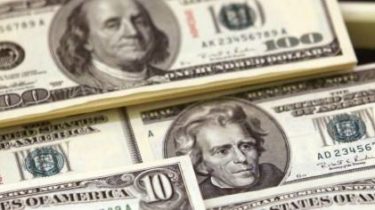 This is stated on the website of the Ministry of Finance of Ukraine.

Public and publicly guaranteed debt increased from 1,957 trillion UAH (75,05 billion dollars) in the beginning of the month to 1,971 trillion hryvnia (76,06 billion) at the end.

The calculation time has come. Ukraine will transfer to the IMF a large amount of debt

We will remind, the NBU told how much debt Ukraine has to return and where to take money. Until 2019, Ukraine should repay $ 11 billion of foreign debts.

“There are different estimates of the amount of the payment, because there is the question of what to consider. Are payments of the Ministry of Finance on external debt, the national Bank – the obligations to the IMF, disbursements of state-owned companies payments on foreign bonds. In total, by 2019 we will need to pay about $ 11 billion. However, if you look at the balance of funding for the IMF (10 billion dollars), the payouts don’t look very heavy,” said the Deputy head of the national Bank Dmitry Sologub in an interview Finbalance.

The official assures that the risks of lack of money for repayment of debts in 2019-2020 low, because Ukraine cooperates with the world Bank, the European Bank for reconstruction and development, the European Union will begin to attract capital on international markets.

The state budget 2017 provides that year-end public debt should not be more than 1 trillion 716,63 billion.