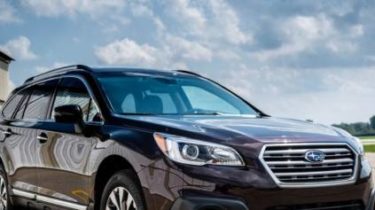 A former aide of ex-Prosecutor General Viktor Shokin Vasily Dragan became the owner of an expensive car and motorcycle psle for her dismissal.

It is reported Bihus.info with reference to analysts of the project Documents.

According to the Declaration, in 2017 Dragan bought a Subaru Outback and a sport-touring motorcycle BMW R1200RT. Besides, he already is the owner of a BMW X5 that I bought in 2012. His wife, an employee of the Prosecutor General of Ukraine Olena Dragan, owns a car, Mitsubishi Outlander, purchased in 2015.

Over the five years for the purchase of transport the couple spent about 200 thousand dollars.

In addition, the family has real estate. Elena Dragan has declared an apartment area of 98 sq m in Kyiv, house with an area of 217 sq m in Nikolaev and another unfinished house near the capital. However, according to journalists, the “unfinished house” in the village of Dmitrovka actually completed and habitable.

In addition, the mother-in-law Vasily Dragan owns two apartments in Kiev and Crimea. The Metropolitan apartment with an area of 106 km in the new business class on the street Eugene Konovalets she bought in 2016, and housing 125 “squares” in Yalta was purchased in 2007.

We will remind, on March 29, 2016 the Verkhovna Rada voted for the resignation of the Prosecutor General Viktor Shokina. This decision was supported by 289 deputies. In April of that year, President Petro Poroshenko signed a decree on dismissal of Shokin. The former attorney General tried to be reinstated, but the court refused to do this.