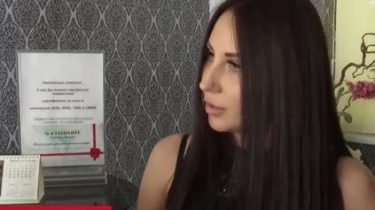 In Kiev women complain about the Scam, whose victims they became after he agreed to come into the salon for a free procedure. From there, they already came out with loans of up to 25 thousand hryvnias, according to a story TSN.19:30.

The scheme, according to victims, about this: a woman is invited to a free Spa treatment, but always with the passport, then compulsively for several hours allegedly offered to buy expensive cosmetics or procedures discounts that actually is a consumer loan at 12%. “This thermal spray for hair – I took 13 thousand hryvnias, it comes complete with the credit” – says one of the women.

They all willingly signed the documents without even reading the terms of the contract in small print. In his defense convince a choice they simply did not have. “Intimidated. Near me constantly circled four. I was constantly targeted, so maybe we signed. Plus, I can’t say, but I was offered tea, and then I was as a bit not normal,” explains one of the victims.

Women have recovered literally on the same day and tried to cut a deal, because the law allows it for two weeks. But all efforts and the Bank, and the cabin was in vain – the application was not accepted. Everything bought on credit cream called Lyudmila allergies. Why burns face, she realized, when in the registry and found what is actually involved in exporting such expensive cosmetics: electrical work, installation of water supply systems, plastering and painting.