In Kiev will restrict traffic on individual streets 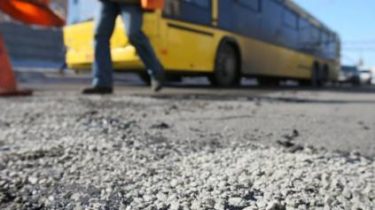 In the capital will partially restrict traffic on individual streets due to road repairs.

In particular, today, 7 September, 21:00 block Boulevard Romain Rolland, in the area from str to the street Kurbas. To fix this site promised over night, and traffic will resume on 8 September at six in the morning.

Until September 20, will be partially restricted movement due to repairs of the paving stones on the street. Bohdan Khmelnytsky – on a site from the house number 10 to number 12.

On the Metropolitan highway restrictions will be in place from today and until 19 September. There will be repaired the third and fourth lanes in the area from of a crosswalk near the checkpoint before the overhead pedestrian crossing near the stop “Automotive center” in the direction of the city.