Exhibition LED Expo – how to pay for electricity 10 times less 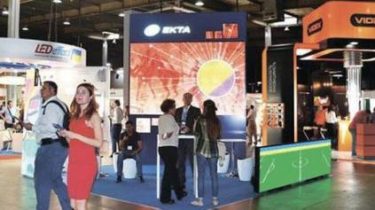 Electricity prices are constantly rising and the economy is set every. And there is a solution – these are led lamps.

The led is a real revolution in lighting! They consume 10-15 times less energy than traditional light sources. And that’s not all – the led service life is 50-100 thousand hours, that’s more than five years of continuous illumination. That is why the introduction of led lighting will lead to significant cost savings, saving energy and will reduce carbon emissions into the atmosphere.

From 13 to 15 September 2017 will be held in Kyiv the main event in the led market of Ukraine the international exhibition of led solutions LED Expo and Conference LED Progress. 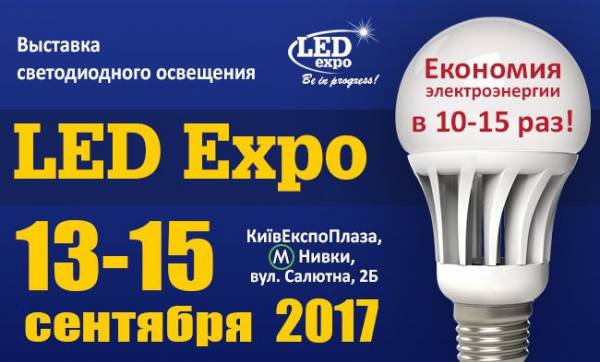 The exhibition will feature leaders in the led market, highlights current trends and prospects of the market raised questions of payback and feasibility of the application of led lighting in Ukraine and much more.

Today, the growth of the market led sources observed throughout the world, and, according to authoritative experts, in the next decade we will have a real LEDboom, and led sources of light will replace less efficient lightingdevices in every home, office and on the streets.

The exhibition LED Expo it will be possible to directly see the products of key companies in the led market, such as Philips, Schreder, Cree, Seoul Semiconductor, Mean Well, But, LED Effect, Rainbow Technolohies companies Group “Svetochek”, Electrum and many others.

The exhibition is traditionally held a Conference LED Progress “Led lighting – News. Practice. Prospects”, where the planned interventions by representatives of leading world companies and professionals of Ukraine. 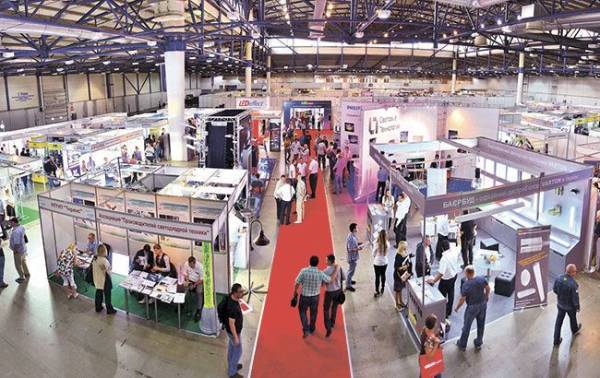 Among the contributors are such companies as:

Seoul Semiconductor (South Korea) – one of the top three global leaders of producers of LEDs;

Schreder (Belgium) – integrated lighting system for all areas of activity.

The event is supported by:

Association of manufacturers of led technology

The Ministry of regional development, construction and housing and communal services of Ukraine

Kyiv organization of National Union of architects of Ukraine

The American chamber of Commerce

To order free invitation ticket to the exhibition: http://ledexpo.com.ua/visiting/order/

To register for the Conference: http://ledexpo.com.ua/programm/

We look forward to seeing You at the exhibition LED Expo and Conference LED Progress!

Information provided by the organizing Committee of the exhibition LED Expo