Deputies from “BPP” come to the meeting with the President: journalists showed the photo 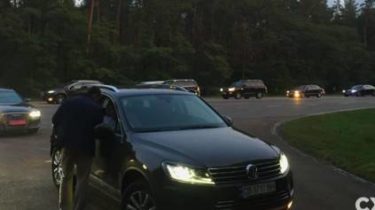 The deputies of the faction PPO to the invitation of President Petro Poroshenko gather for an informal meeting at the state residence zalissya.

It is reported by the journalist Natalya Sedletskaya in Facebook.

Playful smiles and applause of the deputies. In Parliament listened to the appeal of Poroshenko

She also added that residence near Kiev “by the way, was very fond of Yanukovych” and she “never became a National Park open to citizens.”

Right now. The entrance to the closed state residence zalissya. The deputies of the faction PPO to the invitation Poroshenko z GD…

Earlier, the deputies reported that the faction “Block of Petro Poroshenko” will hold its meeting on Bankova.